A level 3 BMW is headed to showrooms.

At this point, if you’re an automaker and you’re not talking about autonomous cars, you might want to take a long, hard look at your product road map. During a briefing at its Mountain View research campus, BMW talked about how it plans to bring a Level 3 (autonomous driving in very specific circumstances where the driver should be ready to take over control) car to consumers in 2021 and deliver Level 4 and 5 ride-hail vehicles to urban pilot programs the same year. Right now, a lot of that strategy hinges on its partners while the automaker maintains the BMW brand.

The varying degrees of autonomous vehicles the automaker is set to drop in 2021 are nothing new. BMW announced those plans way back in March. But at the briefing, Dr. Klaus Buettner, BMW’s head of the autonomous group, explained why it wasn’t rushing Level 3 vehicles onto the road and how important its partners Intel, Mobileye, Delphi and a host of tier-one suppliers are to making that dream a reality.

The company’s desire to meet driver expectations is key. BMW isn’t excited about the idea of a vehicle with Level 3 features that stop when the car hits 37 miles per hour (like Audi’s Traffic Jam Pilot). “Some years ago, we were at the exact same point as Audi. So should we introduce a low-speed system? And we found out the customer benefit was not so high,” Buettner said. Essentially, the feature would disengage when traffic sped up beyond the top speed of the system. Then, when traffic slowed down, it could be re-engaged. So the driver would be constantly turning on the Level 3 option, only to have to turn it off as traffic conditions changed. Instead, BMW wants a Level 3 car that can handle traffic from zero to 130 kph (81 mph) on a divided highway without the driver needing to pay too much attention. That’s what it will deliver in 2021. 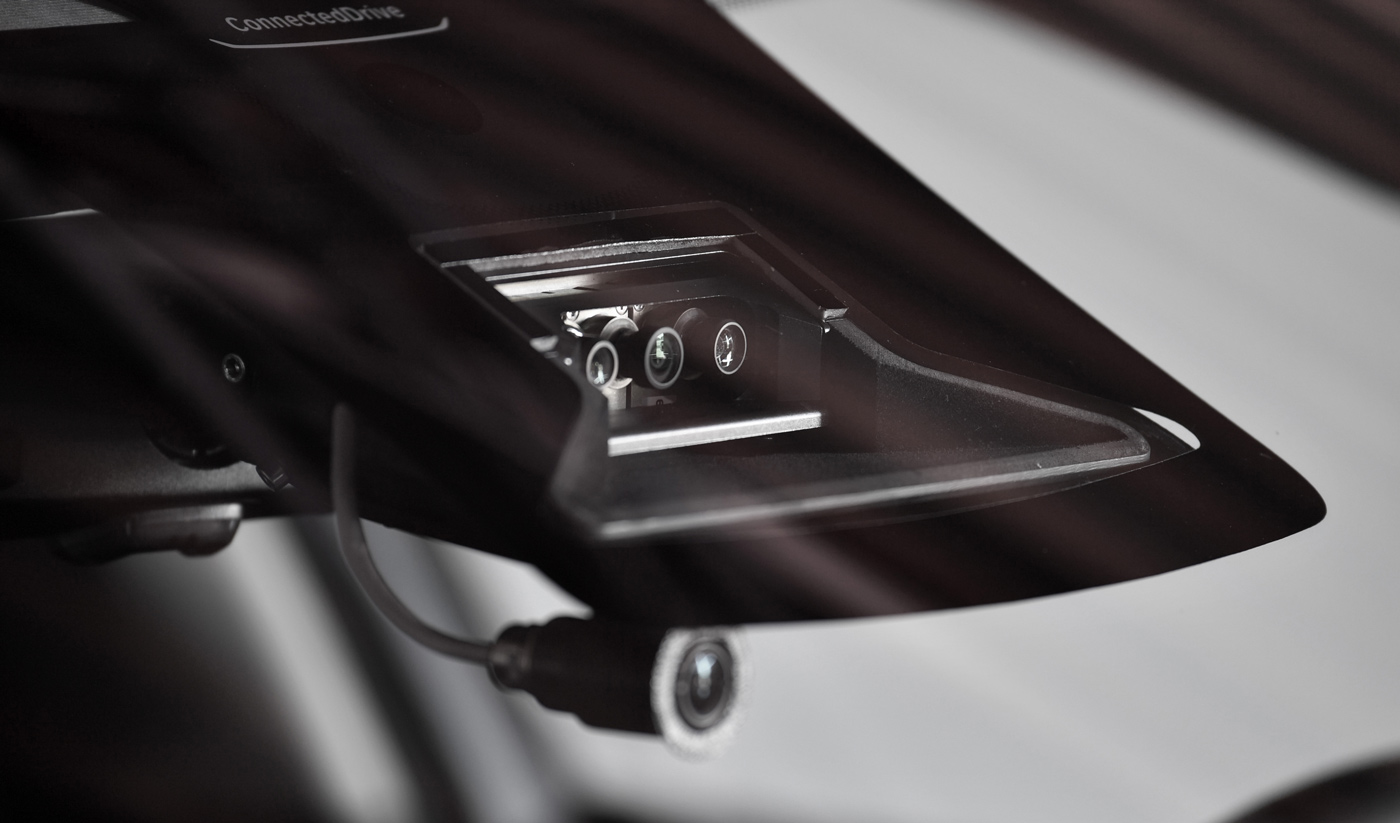 While it’s building that for consumers, it’ll be preparing Level 4 and 5 vehicles for a ride-hailing pilot program that will also launch in 2021. So far, it has not made any decisions on whether it’ll work with companies like Lyft or Uber or launch its own taxi system.

Getting all these cars ready for the road means a lot of testing. To accomplish that, BMW built two 7 Series prototypes, one with Level 3 in mind and the other meant to get the automaker ready for Levels 4 and 5. When the cars are on the road, if it weren’t for the custom paint job, you probably wouldn’t notice these were prototypes. The company is using three cameras behind the windshield, of varying focal length, which look like any other standard equipment. The LiDAR sensors (one on the Level 3 car, three on the Level 4/5 cars) are in the bumper and, like the radar and other sensors, look like they belong.

So don’t expect to see a roof rack of gadgets coming out of BMW anytime soon. That said, the company has two cars on the road right now in the Bay Area, but by 2019 there will be 100 rolling around San Francisco and Silicon Valley. It’ll also be testing cars in China and Europe. Even if BMW removes the custom graphics on the cars, you’ll still be able to pick them out from a crowd if you get close enough.

Like Cadillac, BMW is adding a light bar to the steering wheels of its autonomous and semi-autonomous cars. Apparently, GM isn’t the only company that found out the steering wheel is the best way to let drivers know what driving mode they are in. So don’t be surprised if you see this feature coming from other automakers in the future.

Finally, BMW talked about the importance of its partnership with Intel and Mobileye. The trunk of its car (like the trunk of all these test cars) is filled with computers and other equipment. It’s not only betting on Intel’s Mobileye to deliver the in-car computer powerful enough to drive its future cars; it’s hoping Intel’s background in back-end computing will help its vehicles maintain a connection with its servers and, by proxy, with one another.

Meanwhile, the automaker is being a bit more transparent about its plans to be part of the eventual self-driving future. It wants to make sure everyone knows it’s moving forward, but doing so at its own pace, to make sure it delivers an experience that’s on-brand. If you’re a BMW driver, you probably appreciate that.

Previous: Toyota sees traditional gas engines phased out of its line by the 2040s
Next: Amazon Key opens your home for indoor deliveries
34 More posts in Auto category
Recommended for you