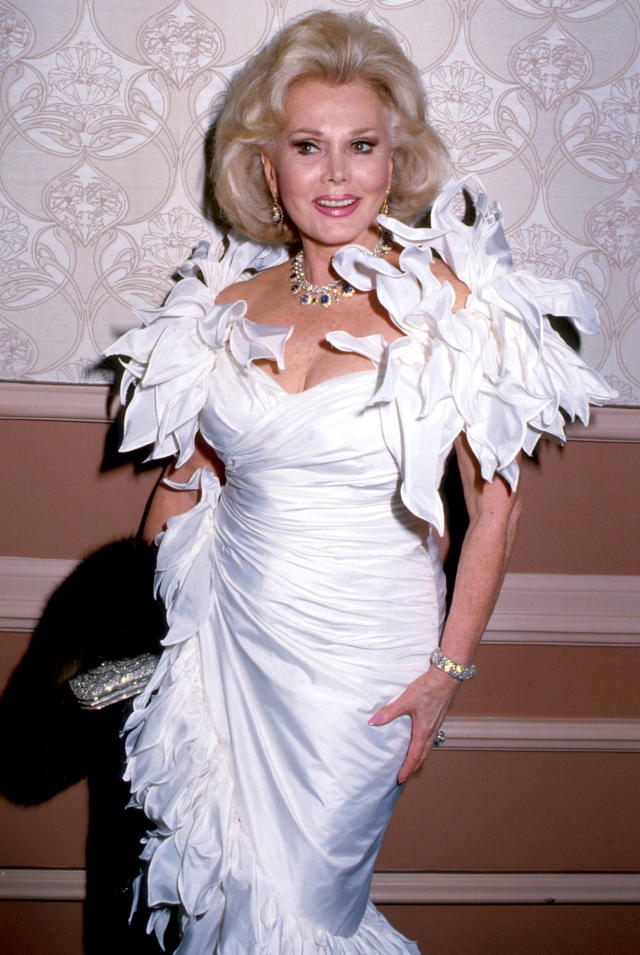 Colorful and celebrated personality Zsa Zsa Gabor died Sunday, Dec. 18, at age 99. The Budapest-born socialite and great-aunt of Paris Hilton leaves behind a unique legacy: she was one of the first celebrities who was famous for being famous, she was married nine times and never shied away from drama or scandal. The only thing that seemed to slow her vivacious spirit in her later years was a string of serious health problems, including a lung infection and the amputation of her right leg.

Here’s a look at Gabor’s most headline-grabbing incidents and health issues.

Gabor made headlines in 1982 for reportedly demanding that several audience members in wheelchairs be removed from their seats close to the stage where she was performing. The alleged incident occurred during intermission of a recreation of her Broadway role in Forty Carats, when a row of six handicapped people were moved to the back of Philadelphia’s City Line Dinner Theater upon Gabor’s request. She told PEOPLE it was an usher who moved the “paraleptics,” she said. “The theater owner, a terrible man, wanted me to take the rap.”

1989: Escorted Off a Delta Airlines Plane

Gabor was removed from a flight bound for Los Angeles during a layover in Atlanta when she refused to keep her dogs in travel kennels. “The Delta agent came aboard. He asked her six times to comply,” spokesman William D. Berry told the Associated Press at the time. “She refused to comply. Each time he was responded to with considerable vulgarity.”

1989: Jailed for Slapping a Police Officer

When Gabor was pulled over in June 1989 for driving with expired registration tags, in her $110,000 Rolls-Royce Corniche convertible no less, she expected to get off with a warning. “Usually they say, ‘Zsa Zsa, what’s the matter, are you married these days, do you want to marry me?’ ” Gabor told PEOPLE a few months after the incident. Instead she ended up in an altercation with officer Paul Kramer, slapping him after he discovered her license was also expired and ordered her out of her car.

Gabor was handcuffed, arrested and charged with five offenses: battery upon an officer, disobeying an officer, driving without registration, driving without a license and having an open container of alcohol (the latter of which belonged to her husband, Prince Frederick von Anhalt, of West Germany). Gabor blamed her reaction on her Hungarian blood. “I admit I have a Hungarian temper,” she said at the time. “Why not? I am from Hungary. We are descendants of Genghis Khan and Attila the Hun.” She was found guilty of battery and served a 72-hour sentence in prison in 1990.

Gabor was married nine times, divorced seven, and had one annulled. The most well-known of her ex-husbands are hotelier Conrad Hilton, with whom she had a daughter Francesca, born after their divorce was finalized and who died suddenly last year at age 67; All About Eve Oscar-winning actor George Sanders and Von Anhalt, who was 27 years her junior. With her marriage to Von Anhalt, who was adopted as an adult by Germany’s Princess Marie-Auguste of Anhalt, Gabor earned the title Princess von Anhalt, Duchess of Saxony.

Von Anhalt was a controversial figure himself — in 2007, while still married to Gabor, he claimed to have fathered Dannielynn Smith, the baby daughter of the late Anna Nicole Smith. DNA tests later proved his claim to be false.

After being confined to a wheelchair due to injuries sustained in a 2002 car accident, Gabor suffered a stroke and underwent hours of surgery to repair an artery in 2005. After falling and breaking several bones in 2010, Gabor had to have her hip replaced at the age of 93. Six months later, Gabor had to have her right leg amputated due to a blood clot from the earlier hip replacement. And in February this year, after celebrating her 99th birthday, Gabor was hospitalized for a lung infection.

Through it all, Gabor’s husband said his bride remained “feisty.” Von Anhalt told the BBC at the time Gabor was “yelling at nurses and at him,” he said. “Everything is back to normal.”

On Sunday, Gabor’s rep said in a statement to PEOPLE that the legendary star had been suffering from chronic dementia in the final five years of her life.

“I am pleased that she is finally out of her misery,” her rep Ed Lozzi said in a statement. “For the past five years, Zsa Zsa has suffered chronic dementia, locked away in her mansion laying in a hospital bed being fed through tubes in her naval, not able to speak, see, write or hear. Nor knowing who she was or how famous she was.”

Previous: 10 Things You Didn’t Know George Harrison Did
Next: Well, well, well… He Got The Keys To The Nation ~ Video
37 More posts in Entertainment category
Recommended for you

Here comes Facebook TV. After unveiling its shows initiative earlier this month, Facebook will be making its...